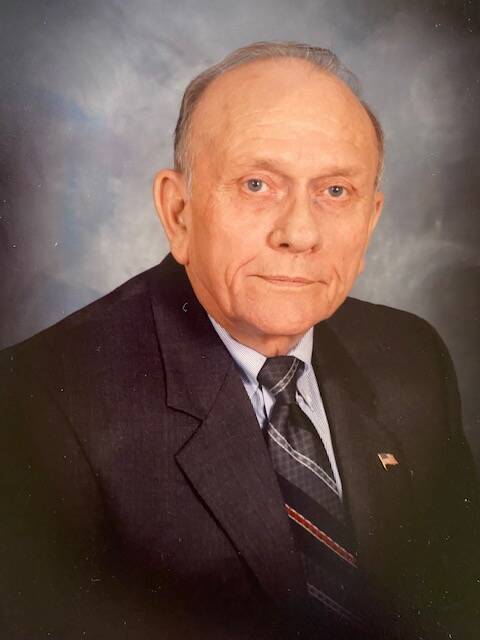 Jimmy Nelson Bullington was born August 4, 1937, in Caruthersville, MO, one mile west of McCarty School. He was the son of Ella Ausybell and Earnest Joy Bullington. He passed away on October 19, 2022, in the home where he lived and raised his family for the past 60 years. He was 85 years, 2 months, and 15 days old.

Jimmy attended McCarty Schools through the 8th grade and then attended South Pemiscot High School. After leaving high school, Jimmy worked on the farm with his dad and brothers.

On December 2, 1959, at the First Christian Church in Caruthersville, MO, he was united in marriage to Bernice Hudspeth. Bernice preceded him in death on August 10, 1994. They had two daughters, Sullen Miller and Jimmie Jean (J. J. Bullington), one grandson, Corey Alan Miller and wife Elana, and two great granddaughters, Allee Rae Miller and Hadlee Ann Miller.

After leaving school, Jimmy began working on the farm with his dad and brothers. He did not like working on the farm, nor did any of his siblings. He then began working for Chris Craft making luxury boats. After leaving Chris Craft, he worked for Midwest Dairy for a while before becoming a butcher for Bruce’s Big Star. Jimmy became the manager of the meat market, ending his career with Piggly Wiggle Supermarket in Caruthersville over 20 years ago. He enjoyed a long retirement.

Jimmy joined Eastwood Memorial United Methodist Church on his birthday in 2017. He loved being in church on Sunday morning and attended regularly until he was unable due to his health. He loved the church potlucks and the ladies cooking.

Jimmy loved and was very proud of his family and truly adored his two beautiful great granddaughters. No matter how he felt, his face would light up when he was around them. He loved his brothers and enjoyed meeting them for coffee at least twice a day. He loved playing cards with his buddies, often playing 3-4 nights a week. He enjoyed being at home, sitting in his recliner and watching the St. Louis Cardinals and Gun Smoke.

Jimmy had a tremendous work ethic. He and Bernice worked hard to make sure the family was provided for and that his daughters and grandson got an education because education was never an option. They often said an education was something they could give them nobody could take away. They always wanted more for their children and grandson then they had. J. J. remembers her mother telling her many times before she passed to make sure Corey finished his education, and he did.

Jimmy will be remembered for his kind and gentle spirit and the love he had for his family and friends.

Funeral services for Jimmy were on October 23rd, 2022, at Eastwood Memorial United Methodist Church in Caruthersville, MO, with interment in Maple Cemetery. H.S. Smith Funeral Home in charge of services.