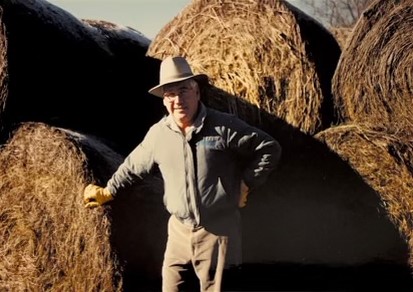 Henry Butler’s was a life well lived, and for that his family is thankful to God. He wore many
titles throughout his 82 years, among these were: Son, Husband, Father, Teacher, Farmer, Inventor &
Friend. He was blessed by God with a keen intellect, a warm heart (especially for children and bird
dogs), a bright smile, a sharp wit and a tenacious spirit.

Henry, or “Bud” as he was called back then, was welcomed into the world by his parents, Oleda
and Leonard “Bun” Butler. He grew up in the Nauvoo community, learning to drive a tractor at age 8, and
graduated from Dyersburg High School in 1958. He was active in 4-H, under the guidance of Mr. D.B.
Carter. He was runner-up in the National 4-H tractor-driving competition, and won the right to represent
the state of Tennessee in the National 4-H extemporaneous speaking competition, in Chicago, Illinois in 1958. This was a pivotal event in his life. He was put on the train by himself and given the address of the
hotel. The family is still unclear how the poor boy made it from Chicago’s Union Station to the Conrad
Hilton Hotel, but thankfully Mr. Carter had the foresight to hand Henry his overcoat at the train platform
so that he did not freeze in the Windy City. During that trip, the 4-H contingent attended a special
performance of the Chicago Symphony. He remembered almost every detail from that afternoon and it
ignited a love of Classical music that would last throughout his life. At a 4-H cattle show, the cow he was
leading kicked the girl in line behind him. Few love stories begin with a kick from a poorly-behaved cow,
but that girl was Janelle Jones, who would become his wife in 1962.

Janelle & Henry were blessed with three children, Jayne Ann, John & Mary Beth, who enriched
their lives with love, joy and on occasion, the slightest bit of aggravation. They built a house across the
field from Janelle’s parents, Ike & Rachel Jones, so that the children could enjoy growing up with horses,
dogs, cows and all the freedoms that life on a farm could offer.

Henry’s life saw remarkable transformations. He was born in the aftermath of the Great
Depression, with WWII looming. His mother remembered the day she first saw an automobile, but Henry
& Janelle were able to travel the country and visit Mexico, Canada & Italy, and host exchange students
from Wales and Italy. Born into a world with radio, he was able to have ZOOM visits with grandchildren
in other states over the last couple years. He earned a Master’s and saw all three of his children earn
degrees.

His tenacious spirit led him to be a doer and a starter-of-things. Together with Janelle and his
dear friends, Doug & Norma Haynes, he was a founder of Tucker St. Church, where he was a Deacon,
Elder and member until recent years. In times of difficulty, he would always turn to his favorite Psalm.

As a counselor at Dyersburg High School and financial aid advisor at Dyersburg State Community
College, he encouraged students to further their education.

In addition to Janelle, his wife of 60 years, he is survived by Jayne Ann & her husband Allen
Beck and their sons, Andrew & Kevin; John, his wife Sandy McNeill-Butler, and children John Robert
with his wife Rachel, Elizabeth and her daughter Scarlett, & Daniel; Mary Beth & her husband Brent
Neal and their daughters Amanda & Kate. He will be remembered by his grandchildren for his unique
ability to make the traditional Christmas Eve reading of Twas the Night Before Christmas last at least 30
minutes. He will also be missed by many friends and extended family. The family is grateful to the
doctors, nurses and hospice staff who cared for him. A special thanks to Maurice Garrison for his
friendship and help throughout the years.

Graveside ceremony were held at 2:00 pm on Saturday, October 22nd, 2022, at Fairview Cemetery in
Dyersburg, Tennessee. He was very proud of the work accomplished with Habitat for Humanity, and the family asks
that any donations be directed to Habitat for Humanity in Northwest Tennessee and the Dyer County 4-H program.